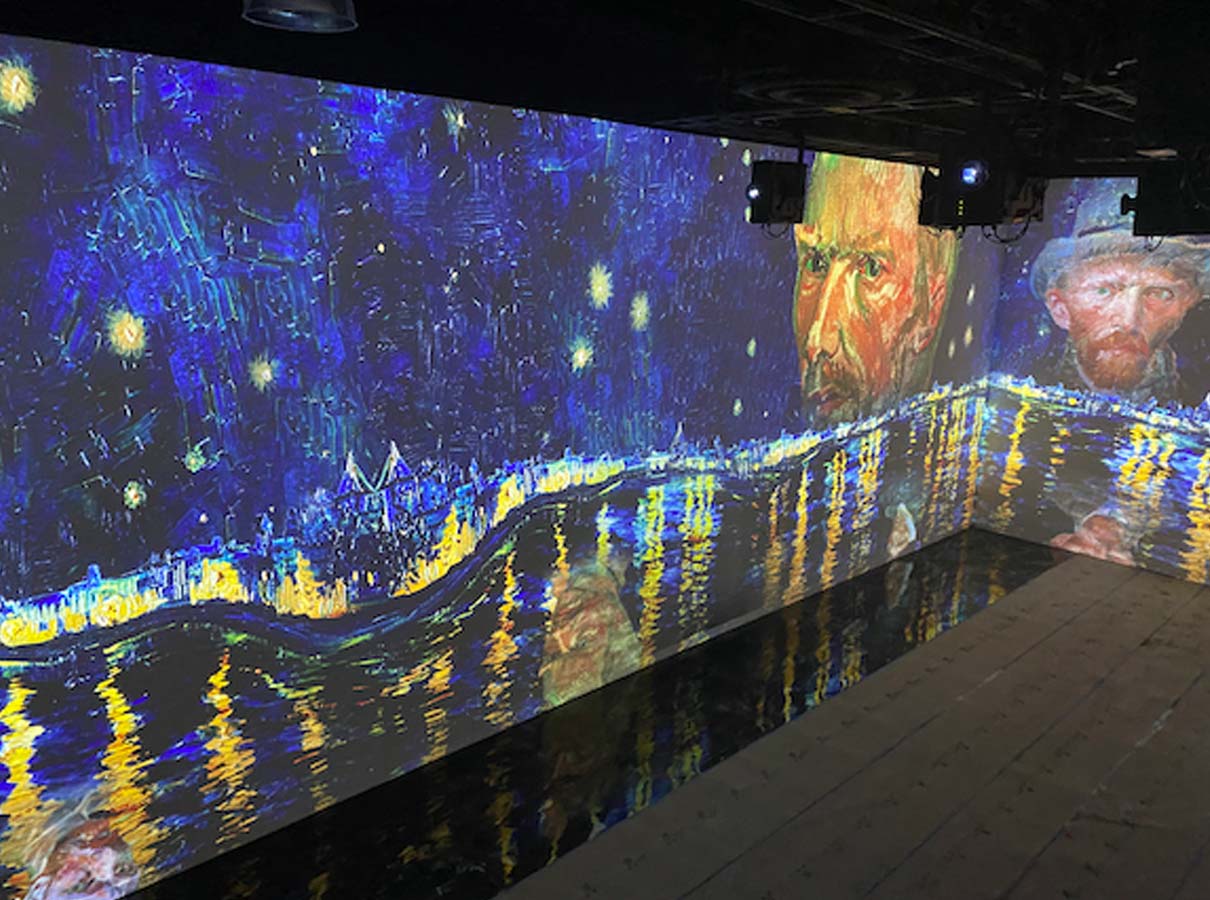 August 26th marked the opening date for “Immersive Van Gogh,” a 45,000 SF project Jokake recently completed that will attract thousands across the Valley. This project will literally be brought to life through stunning 360-degree immersive visual animated projections of Van Gogh’s art, accompanied by captivating music from composer Luca Longobardi. While it is impossible to describe this unique exhibit in words, co-producer Corey Ross describes the art as “what might have flashed before Van Gogh’s eyes the moments before he passed.”

Jokake Senior Superintendent Carl Politico received applauded praise at the Immersive Van Gogh’s Hard Hat Press Tour event on August 17th, and Impact Museum’s Co-founder and President, Diana Rayzman, had this to say about Carl and the Jokake Construction team, “They’ve done an amazing job at taking our vision and bringing it to life.”

Construction was completed on an amazing two-month fast tracked schedule, a feat that has proven difficult in other markets Van Gogh is featured. Partnering with Corgan, the team navigated a flawless schedule to transform a previous corporate office space to a living, breathing art gallery. Featuring 20 servers, 189 projectors, and 480 million pixels, the experiential journey this exhibit takes you on is one of the most unique projects we have been a part of.

Gogh catch a sneak peek of the exhibit.